Home owners looking for the most return on their investment when it comes to remodeling should consider exterior replacement projects. According to the 2013 Remodeling Cost vs. Value Report, REALTORS® rated exterior projects among the most valuable home improvement projects.

“REALTORS® know that curb appeal projects offer great bang for your buck, because a home’s exterior is the first thing potential buyers see,” said National Association of REALTORS® President Gary Thomas, broker-owner of Evergreen Realty, in Villa Park, Calif. “Projects such as siding, window and door replacements can recoup more than 70 percent of their cost at resale. REALTORS® know what home features are important to buyers in your area and can provide helpful insights when considering remodeling projects.”

According to the Cost vs. Value Report, REALTORS® judged a steel entry door replacement as the project expected to return the most money, with an estimated 85.6 percent of costs recouped upon resale. The steel entry door replacement is the least expensive project in the report, costing little more than $1,100 on average. A majority of the top 10 most cost-effective projects nationally in terms of value recouped are exterior replacement projects; all of these are estimated to recoup more than 71 percent of costs.

According to the report, two interior remodeling projects in particular can recoup substantial value at resale. A minor kitchen remodel is ranked fifth and is expected to return 75.4 percent of costs. Nationally, the average cost for the project is just under $19,000.

The second interior remodeling project in the top 10 is the attic bedroom, which landed at number eight and tied with the vinyl siding replacement with 72.9 percent of costs recouped. With an average national cost of just under $48,000, the attic project adds a bedroom and bathroom within a home’s existing footprint. The improvement project projected to return the least is the home office remodel, estimated to recoup less than 44 percent.

The 2013 Remodeling Cost vs. Value Report compares construction costs with resale values for 35 midrange and upscale remodeling projects comprising additions, remodels and replacements in 81 markets across the country. Data is grouped in nine U.S. regions, following the divisions established by the U.S. Census Bureau. This is the 15th consecutive year that the report, which is produced by Remodeling magazine publisher Hanley Wood, LLC, was completed in cooperation with NAR and REALTOR® Magazine.

REALTORS® provided their insights into local markets and buyer home preferences within those markets. The 2013 national average cost-to-value ratio rose to 60.6 percent, ending a six-year decline. The ratio represents nearly a three-point improvement over 2011-2012. Lower construction costs are the principal factor in the upturn, especially when measured against stabilizing house values. In addition, the cost-to-value ratio improved nationally for every project in this year’s report and is higher than it was two years ago for both remodeling and replacement projects.

“A REALTOR® is the best resource for helping home owners decide what improvement projects will provide the most upon resale in their market,” said Thomas. “Each neighborhood is different, and the desirability and resale value of a particular remodeling project varies depending on where you live. When making a home remodeling decision, resale value is just one factor that home owners should take into consideration. Consult a REALTOR® to make sure you are making the best decision.”

Most regions followed the national trends; however the Pacific region, consisting of Alaska, California, Hawaii, Oregon and Washington, once again led the nation with an average cost-value ratio of 71.2 percent, due mainly to strong resale values. The next best performing regions were West South Central, South Atlantic, and East South Central. These regions attribute their high ranking to construction costs that were lowest in the country. While still remaining below the national average, most remaining regions showed strong improvement over last year. These are Mountain, New England, East North Central, Middle Atlantic, and West North Central.

Results of the report are summarized on NAR’s consumer Web site HouseLogic.com, which provides information on dozens of remodeling projects, from kitchens and baths to siding replacements, including the recouped value of the project based on a national average.

To read the full project descriptions and access national and regional project data, visitwww.costvsvalue.com. “Cost vs. Value” is a registered trademark of Hanley Wood, LLC.

What Will the New ‘Normal’ for Housing Be?

Mortgage giant Fannie Mae recently offered some predictions of what the housing market’s “normal” will look like in the next two years.

In its report, “Transition to ‘Normal’?”, Fannie says while the housing market has shown improvement, uncertainty remains over both the economy and the real estate market.

“Our forecast is that 2013 and 2014 will exhibit below-potential economic growth,” according to the white paper. “This is despite the fact that we expect the housing rebound will continue and that the economy will benefit from the gradual increased growth of U.S.-based manufacturing, as well as the expansion of domestic energy production.”

The following are some of the projections Fannie made in its report:

Source: “‘Normal’ Housing Market May Not be What it Used to Be,” Realty Times

Garage Converted into an Apartment (9 Photos)

French photographer Jeremy Buchholz, not having the money to buy an apartment in Bordeaux, the city, but found an original way. He bought an abandoned garage and turn it into a shelter. He now has an apartment of 41 square meters in the center of the city. 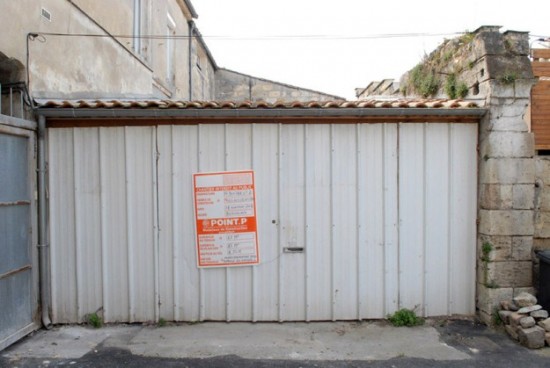 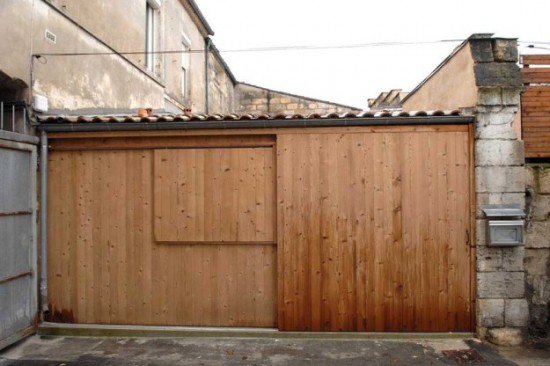 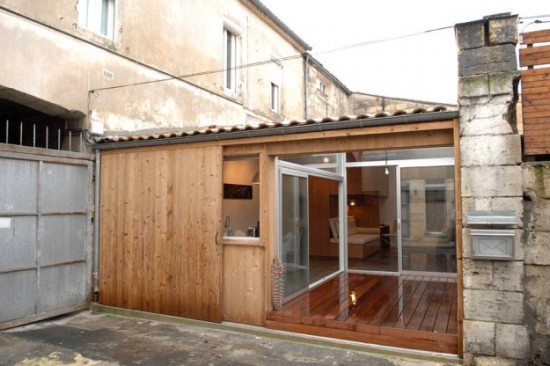 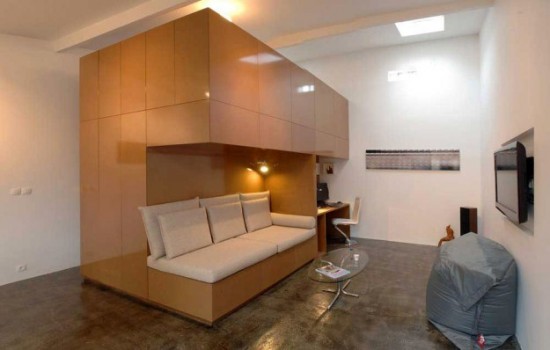 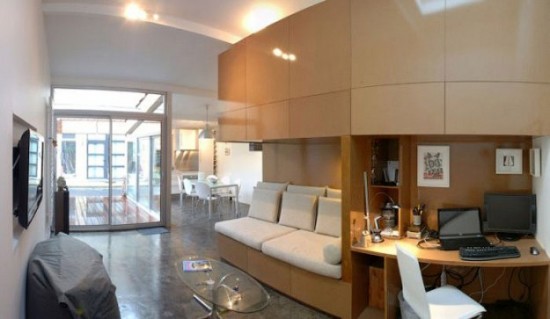 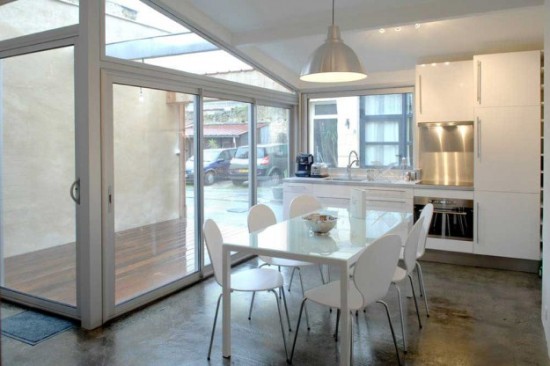 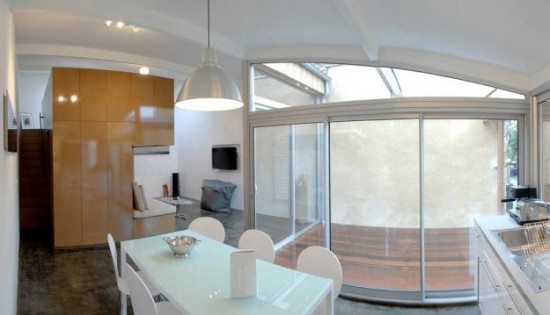 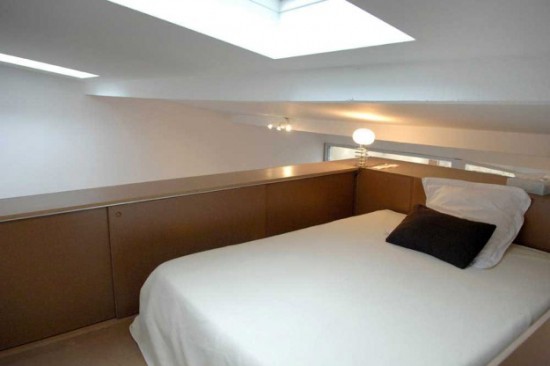 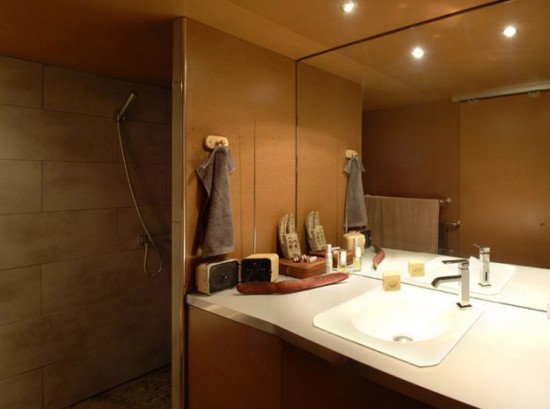 Are you pouring money down the drain?

Home improvement is paying off

Homeowners can expect to earn back a larger percentage of the money invested in home improvement and remodeling projects for the first time since 2006, according to remodeling.hw.net. The 2013 national average cost-value ratio went up to 60.0%, which is a three-point increase over 2011-2012.

The Pacific region led the way with an average cost-value ratio of 71.2%, credited to strong resale values. West South Central, South Atlantic, and East South Central followed, primarily because construction costs were lower in these regions compared to the rest of the nation. But return on investment for remodeling really depends on the type of project that is undertaken.

Homeowners might expect to retrieve higher percentages with the following projects, according to House Logic.

The Joint Center for Housing Studies of Harvard University credit the upswing in home improvement projects to retiring baby boomers, who are retrofitting their current homes to age in place. In 2011, homeowners over 55 accounted for over 45 percent of all remodel spending. Additionally, the more than one million distressed properties that sold in 2011 added $10 billion to home improvement sales, according to Eric S. Belsky, managing director of the Joint Center. Belsky anticipates even more spending this year with the approximately “three million…foreclosures and short sales in the pipeline.”

64 Of The Coolest Guitars From The Past 100 Years When I watch this, I am inspired. I hope you are too!

Home prices are increasing across the country as the number of homes for-sale continues to fall. But at a time when buyer demand is picking up, why is inventory still so low?

Inventories fell to 1.82 million at the end of last year, a 21.6 percent drop from one year earlier, the National Association of REALTORS® reports.

The Wall Street Journal recently highlighted several reasons behind the dropping inventories, including:

In the age of smartphones, the internet dominates our lives. From shopping to banking and … END_OF_DOCUMENT_TOKEN_TO_BE_REPLACED

Ensure your visuals and layouts align with evolving trends with this overview. … END_OF_DOCUMENT_TOKEN_TO_BE_REPLACED