You are here: Home / Blog / Canada’s most beautiful national parks 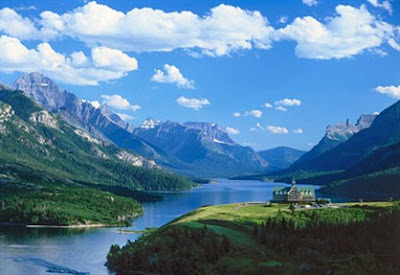 Although America’s Yellowstone was the world’s first national park, Canada was the first country to create an agency specifically devoted to national park creation, management and preservation. Parks Canada celebrates its 100th birthday this year, and in a century of park stewardship it has safeguarded some of the world’s most famous landscapes and icons, including the Prince of Wales Hotel in Alberta’s Waterton Lakes National Park. Parks Canada’s scope includes 10 World Heritage Sites and four UNESCO Biosphere Reserves, ranging from remote marvels to easily accessible human playgrounds. Fourteen of my favourites (intentional Canadian spelling) follow. 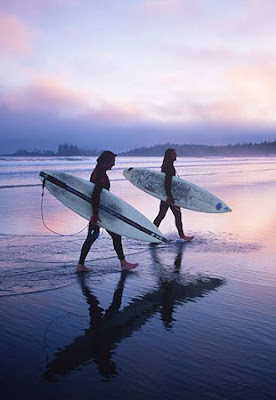 While Pacific Rim National Park in British Columbia has impressive groves of old-growth Sitka spruce and surf-washed scenic headlands, it is also Western Canada’s surfing capital. Almost any day, the parking lot at the park’s famous 16-kilometre-long Long Beach is filled with surf wagons — including old-fashioned “woodies,” lovingly restored — and young wave zealots scanning the horizon for incoming swells. Nearby Tofino, on the west coast of Vancouver Island, is a delightfully laid-back former timber town with lodging and dining that ranges from ultra-deluxe to funky-chic. 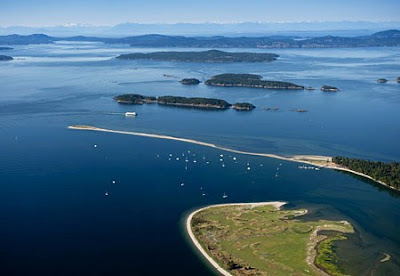 One of Canada’s newest national preserves, Gulf Islands National Park in B.C., spreads across its namesake chain of marvelous islands in the Salish Sea northeast of Victoria. The park encompasses mountaintop vista points, remote islands reached only by boat, historic homesteads and peaceful meadows ringed by forest. One of the most popular parcels is Sidney Spit, a deliriously lovely stretch of white sand reached by water taxi from its namesake small town near Victoria International Airport. 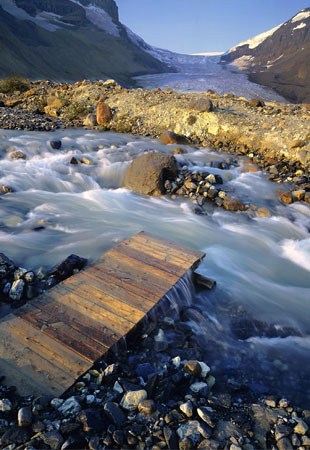 Once upon a time, Jasper National Park’s Athabasca Glacier was one of North America’s roadside wonders: This arm of the vast Columbia Icefield stretched almost all the way down to Alberta’s Icefields Parkway, which carries tourists between Banff and Jasper. It is the most visited glacier in North America. But global warming has melted the glacier back 1.5 kilometres from the roadway, and visitors must now trek along a path whose interpretive signs mark the years of the glacier’s retreat. Set amid spectacular snow-clad peaks in the Canadian Rockies, this is one of the best places anywhere to witness anthropogenic climate change. Alberta’s Banff National Park holds one of the world’s most familiar and most photographed mountain views, that of Lake Louise with snowy peaks behind. An equally impressive view is just up the road from Louise at Moraine Lake, which also offers breathtakingly gemlike turquoise water backed by snowy peaks — and far, far fewer visitors than at Lake Louise, whose shoreline promenade on a busy summer day draws thousands of bus-borne tourists. 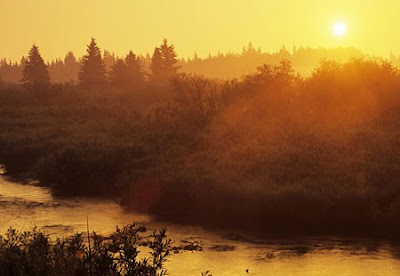 A large escarpment rising above the Manitoba prairie holds Riding Mountain National Park, whose aspen parkland forest and clear freshwater lakes comprise a lovely landscape. Lakes entice swimmers, anglers and boaters; moose are a common sight; and the display of wildflowers in the woods and meadows in early summer is beautiful. Wolves, bears, bison and other wildlife are also common, and migratory waterfowl visit the park May through October on their journeys north and south. The park is a UNESCO Biosphere Reserve. 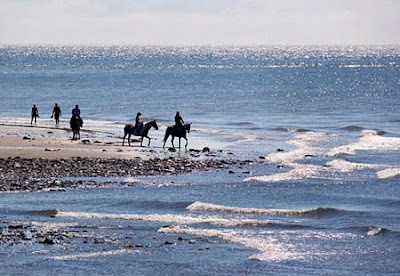 While the Bay of Fundy is famed for the world’s greatest tidal flux — 17 metres — it is also an exceptionally beautiful body of water on the Atlantic coast of New Brunswick and Nova Scotia. Fundy National Park embraces saltwater shoreline, rocky headlands, inland forest and waterfalls, and a tantalizing array of recreation amenities. There is a heated saltwater swimming pool, a golf course, several lakes, tennis courts, campgrounds and yurts for overnight visitors — even a lawn bowling venue. 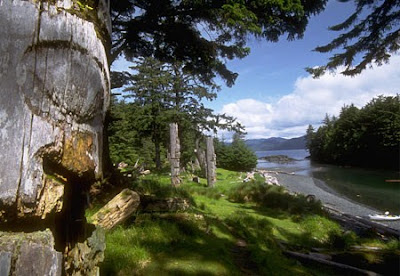 Gwaii Haanas National Park, one of Canada’s great treasures, encompasses the lower portion of Haida Gwaii, the remote Pacific islands formerly known as the Queen Charlottes. Among the attractions in Gwaii Haanas is SGang G’waay (Anthony Island), a World Heritage-designated historic Haida village today guarded by Haida Watchmen who welcome visitors and explain their rich culture. At nearby Hot Springs Island, adventurers can relax in hot mineral water pooled just above the restless ocean — one of the few such sites on Earth. With no road access and no commercial services, Gwaii Haanas is best visited by using one of the wilderness tour operators licensed to travel in the park. The more than 60 islands and islets in Georgian Bay Islands National Park occupy a corner of Lake Huron north of Toronto. Reached only by boat, with no commercial development, the islands comprise a paddling paradise for canoeists and kayakers. The exposed rocks and headlands typify the geologically famous Canadian Shield landscape; white pines provide green contrast to the glacier-smoothed rock. Wildlife is profuse, and paddlers can easily find peace and quiet during day trips or overnight journeys. 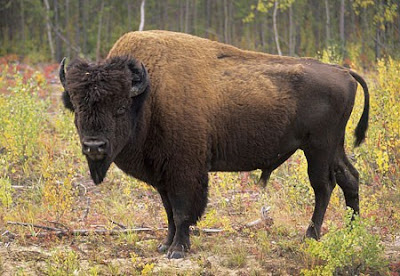 It takes two days of driving from Edmonton to reach Wood Buffalo National Park, which straddles Alberta and the Northwest Territories. This peaceful park’s aspen woodlands are home to one of the largest indigenous bison herds on Earth, a wood bison population that has lived and thrived here for thousands of years. That’s the reason this park is on UNESCO’s World Heritage list. Bigger than plains bison, wood bison are impressive animals best viewed at a safe distance. Lynx, bears and many migratory birds also are found in the park, which is rarely visited by anyone except nearby residents. 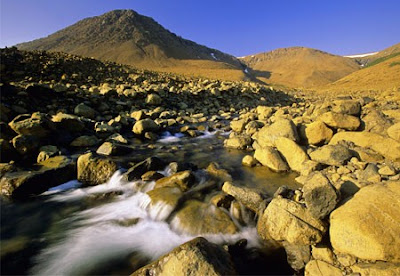 The mountains that comprise Newfoundland’s Gros Morne National Park represent the tectonic forces of continental drift, cut off from the mainland and eroded by time into a fantastic landscape that includes a plant-bare region known as the Tablelands. Freshwater fjords, sea stacks, sandy beaches and glacially carved valleys offer spectacular scenery; wilderness hiking and beachcombing afford peace and quiet. Gros Morne was declared a World Heritage Site in 1987 for both its scenic beauty and fascinating geology. When Viking adventurers led by Leif Eriksson discovered eastern Canada about 1,000 years ago, they found the area so pleasant they named it Vinland, and conducted a thriving trade shipping timber and wild grapes back to Greenland. One of the Norse settlements, at what’s now L’anse aux Meadows National Historic Site in Newfoundland, was a few years later the first place in North America that iron was smelted. Visitors today can see reconstructions of Viking sod homes, and learn more about the excavations that finally settled the question of whether Scandinavian peoples had ever reached North America. They had indeed, and the historic significance of the place drew its World Heritage designation in 1978. 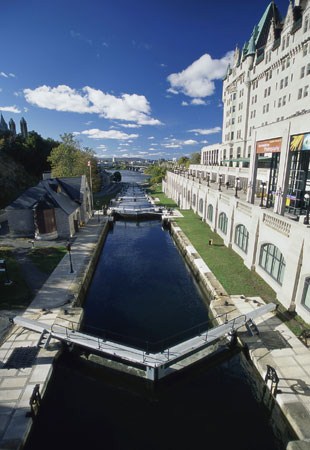 Once a commercial and military waterway that was key to the early industrial growth of eastern Canada, Rideau Canal National Historic Site has been transformed into a European-style cross-country water and recreation path. Its 202 kilometres are operated by Parks Canada for boaters, bicyclists and pedestrians who follow the route from Ottawa to Kingston, Ont. Built in 1832, it’s the only such historic canal in North America still in operation, and was granted World Heritage designation in 2007. Some of the canal’s 45 locks are still operated by hand. 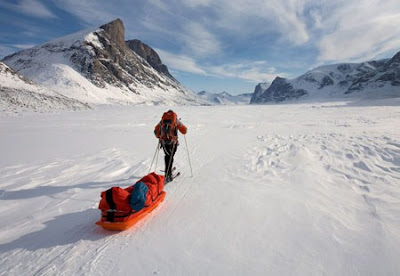 Preserving a spectacular section of Baffin Island in Nunavut, Canada’s Inuit territory, Auyuittuq National Park is a remote, windswept, scenic and un-peopled preserve to which a visit is a lifetime adventure for most. Here are steep-walled fjords, forbidding mountain peaks — one was featured in “The Spy Who Loved Me,” — and hiking treks only for experienced wilderness travellers. The most popular of these is the 97-kilometre journey through Akshayuk Pass. Mount Thor, near the Akshayuk Valley, has a 1.25-kilometre cliff face, the longest such uninterrupted drop in the world. 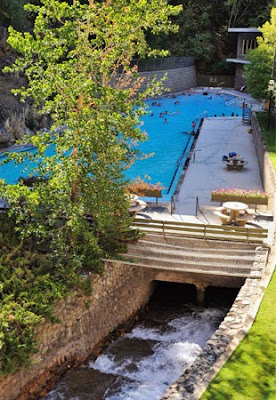 One of the lesser-known parks in the Canadian Rockies, Kootenay National Park is the home of one of the most enticing visitor amenities in the region. Radium Hot Springs’ large pool allows hundreds of bathers to soak in soothing, warm, mineralized waters whose namesake trace ingredient, radon, is mildly radioactive — though safely so, less than an illuminated watch dial. Because the water is colorless and odorless here, bathers who dislike the sulphur smell at most hot springs embrace these relaxing waters.

Another guest article from the incomparable Mary Aspen Richardson. The rules of SEO change … END_OF_DOCUMENT_TOKEN_TO_BE_REPLACED

How are your webpages ranking in Google search results? Seen any fluctuations or impacts in recent … END_OF_DOCUMENT_TOKEN_TO_BE_REPLACED

Are you looking for ways to get more social media followers? Want to grow your audience by sharing … END_OF_DOCUMENT_TOKEN_TO_BE_REPLACED